People move for lots of different reasons. Many times, the children in a family are a large factor in the decision to move. The National Association of Realtors (NAR) has issued a report on the difference in the home purchasing habits of people who have children under 18 compared to those who don’t. It shows some interesting patterns. 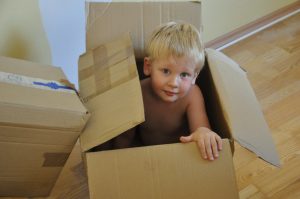 There are some factors that are common to both groups of people. One of those things is finding the right property. More than 50% of both groups considered that an important factor. Both groups also agreed on the use of a real estate agent. Almost 90% of all purchasers, regardless of the presence of children, went through an agent to purchase their homes.

The two groups were almost identical in the way they found their agent, also. The most common way to find an agent was by referral from a friend, neighbor, or relative, with 40-45% of both groups using that method. The next largest group were people who used an agent they had worked with before. That was 13% with kids, and 12% without. Another 8-10% used the internet to find an agent. There were 9 other sub-categories mentioned in the study with miniscule percentages using them.

Another area of agreement was the preferences in how people were kept informed by their agents. About 75% of all people prefer personal phone calls from their agents to inform them of activity with their search. Close to the same percentage want their agents to send them notification of any new listings, or changes in a listing, such as lowering of the price. The communications topic had several more breakdowns with little or no difference in the preferences between the two groups.

There is much more information in this study than there is space in this writing. Here’s a link to more details. Whether you have lots of kids, just a couple, or no kids, the Casey O’Neal Team can help you with all of your real estate needs!